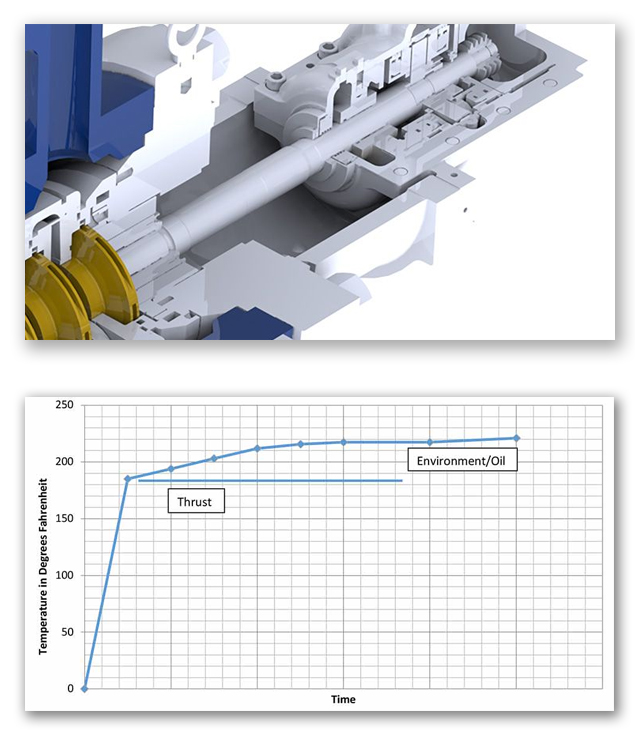 Many high-energy multistage machines use thrust compensation devices to limit the amount of axial thrust a bearing must accommodate.

At the higher end of the pump energy spectrum, despite the use of thrust-limiting devices, there is a need to employ a sleeve tilting pad thrust bearing and lubrication system to handle the axial thrust.

When the plant was shut down, the pumps and other equipment in the refinery were either left in place or went into storage where they were kept in poor condition. Time constraints prohibited proper preventative maintenance before the refinery shut down. The tropical climate is hot, salty, humid, oppressive, and several hurricanes occurred during this time. All of these extreme conditions can contribute to the deterioration of heavy rotating equipment. Over the course of the year, the temperature typically varies from 72°F to 88°F and is rarely below 68°F or above 90°F. END_OF_DOCUMENT_TOKEN_TO_BE_REPLACED

During the commissioning and startup of an alumina processing plant in the Middle East, a significant recurring pump issue was causing delays to the commissioning of the facility. When de-energizing the equipment, the live steam condensate vertical can pumps experienced repeated failures of all installed units. These seizures occurred at both the design fluid temperature and when pumping cold water.

Because this was a new plant in the commissioning phase, the equipment was under warranty. However, negotiations with the OEM were lengthening the challenged startup schedule. There was little insight into the root cause of the equipment failure.

As the repeated failures were affecting the plant commissioning date, the large architect, engineering and construction (AEC) firm in charge of plant commissioning decided to contact an independent, aftermarket service provider located in Dubai, United Arab Emirates, to conduct an assessment to determine the root cause of the pump failures and provide solutions.

Operating at low flow places the machine under a great amount of duress. It is always wise to have a mental picture of what is happening within the passages of the machine to understand why this is the case.

The intensity of this remnant vibration turns out to be flow related with its minimum level being at or around best efficiency point (BEP). 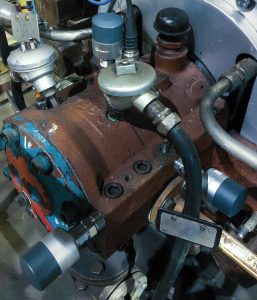 Working in partnership with the plant condition monitoring team, the PIEs installed a total of nine SDOF (Single Degree of Freedom) wireless vibration sensors on the pump and drive.

A power plant in Southeast Australia had recently experienced chronic high vibration amplitudes on a critical multistage boiler feed water pump. Given the criticality of the pump and the risks associated with catastrophic pump failure, the power plant contacted Hydro Australia for support.

In collaboration with Hydro, Inc.’s wireless condition monitoring team, Hydro Australia was able to provide the power plant with a significantly improved IIoT-based monitoring system. This would assist the plant by closely monitoring the status of its asset, making the best possible decisions for equipment maintenance, and ensuring equipment availability