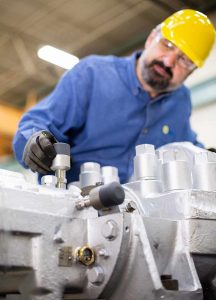 A major pipeline transmission company found itself reconsidering the effectiveness of its maintenance strategy. The company faced a challenge: optimizing asset visibility and implementing remote condition monitoring of equipment health while avoiding a high-cost investment and installation disruptions.

This particular pipeline transfers a variety of products, ranging from gasoline to jet fuel, serving customers via pump stations and storage tanks across the United States. For this customer, it is imperative to ensure that pumping assets are efficient, reliable and safely maintained consistently. The pipeline supports the needs of more than 50 cities, thus making the pumping assets critical to the availability and overall operation.

Technology plays a vital role in day-to-day operations in supporting end user activities, ensuring strict safety regulations, optimizing maintenance and providing data on equipment health. In this case, the pipeline company wanted to significantly improve and innovate upon its current maintenance approach in two ways: by monitoring asset visibility in real-time and trending data for their critical pumping equipment.

Interested in pump training? Hydro’s got you covered. Providing aftermarket-focused training is an important part of our commitment to our customers. We offer training on a range of topics from pump fundamentals to more specialized hands-on programs for high pressure multistage pumps.

Hydro’s training helps you do what you do – better. Visit our training page to view our upcoming seminars! 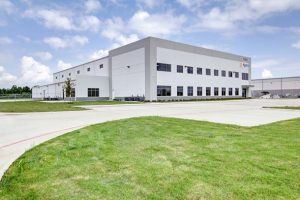 Hydro Inc. has a strong engineering capability and an expansive global reach in the pump industry, especially in aftermarket services. Pump Engineer had the pleasure of speaking with George Harris, Chief Executive Officer and Founder of Hydro Inc., where he discussed the company’s recent research initiatives, reliability support for customers, customized designs and the significance of upgrades and health audits.

“We were very fortunate that early in the company’s development we had the good fortune to work closely with Dr. Elemer Makay, a foremost consultant to the power generation industry and a specialist in troubleshooting multi-stage, high energy pumps”, states Harris. “Engineering combined with meticulous observation and analysis in the field were key to his troubleshooting process. As a result of his training over a twenty year period, engineering became the focus and strength of Hydro Inc.’s aftermarket services”. 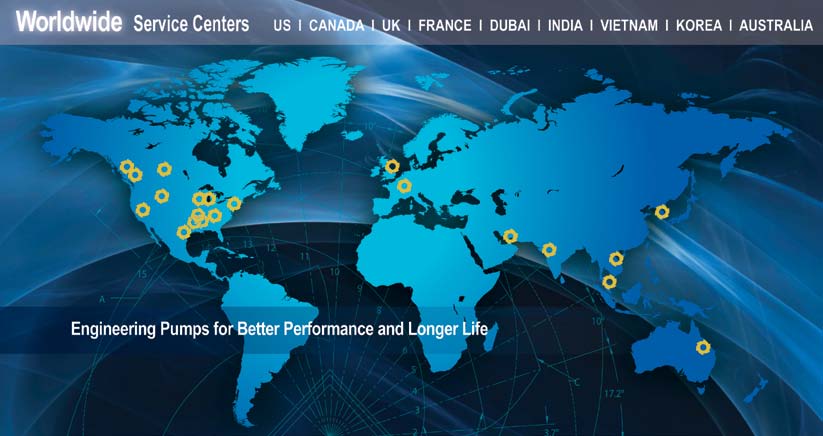 According to Hydraulic Institute statistics, 85% of the critical pumps in industries, such as power, refineries and pipelines, are custom designed for the specific application intended. In order to properly rebuild, upgrade or troubleshoot these installations requires a solid aftermarket engineering capability and experience. Not only must the engineer understand pump fundamentals, but also the application and system in which the pump is being used, as well as the changes that may have occurred in plant operating conditions since the pump was originally installed.

END_OF_DOCUMENT_TOKEN_TO_BE_REPLACED

Written by: Gary Dyson (Hydro, Inc.)
Publisher: Pumps & Systems / August 2014
A multistage BB5 diffuser machine in oil transfer service in the Middle East had been in operation for many years without problems. After a routine maintenance strip down and rebuild, the pump experienced a high thrust bearing temperature of 105 C, which caused it to alarm and shut down. The temperature range had previously been 75 C to 85 C.

This case study describes the method used to solve the high bearing temperature problem and outlines the flow physics that contributed to the high thrust bearing temperature. The customer contacted an engineering services company after the original pump manufacturer failed to remedy the problem.

The engineering services company identified several scenarios that could cause this temperature rise, then narrowed down the list to establish a root cause.

The behavior of thrust bearing pads during startup is seldom investigated. The temperature rise of the pads can be attributed to two distinct causes—thrust developed during startup and environmental and oil conditions (see Figure 1).

Figure 1. Behavior of thrust bearing pads based on thrust and environmental conditions (Article images and graphics courtesy of Hydro Inc.)

The significant finding from this data was the temperature rise associated with thrust. The pump could not achieve the temperatures measured prior to maintenance in its current condition. The total thrust bearing temperature includes the oil temperature and environmental conditions.

Based on comparisons with previous site data, both the thrust and oil cooling had altered. Analysis of the temperature data at the motor bearings, which were experiencing oil temperature increases of 10 to 15 C, further supported the conclusion. END_OF_DOCUMENT_TOKEN_TO_BE_REPLACED