An 1,800 MW power station in the Midwest experienced constant trouble with four of its four-stage boiler feed pumps, which were driven by steam turbines and operated at variable speed to meet the required plant load.

According to the plant, these pumps had always exhibited high vibration. In 2003, the plant approached an aftermarket service provider to resolve this problem. Unfortunately, the pumps were not fitted with vibration monitoring equipment, so vibration trends were not readily available. Since the problem existed on all four pumps, a systematic analysis was recommended to determine the root cause. The plant and repair shop developed a plan to a) undertake a field study and conduct a vibration trend analysis, b) identify possible causes by performing hydraulic and structural analysis, c) analyze suitable modifications and d) rebuild the pump accordingly.

Engineers believed that the root cause for vibration problems could be attributed to the combined effect of structural stability and hydraulic phenomena. For the purpose of analysis both of these effects were studied separately.

The recommendation was that the plant employ a third party consulting firm specializing in vibration analysis to conduct a field and analytical study to determine the full operating deflection shape (ODS) of the pumps. Impact testing was also performed to determine the natural frequencies and mode shapes of each unit. The ODS study revealed the following: 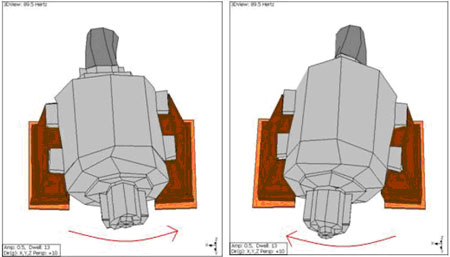 Figure 1. Data acquired during testing shows the pump twisting on its pedestals.

Recommendations based on Structural Analysis

Before the analysis, the dismantled pump components were inspected. Figure 2 shows the damage in the inboard bearing. Figure 3 shows the erosion damage of impeller vanes. Figure 4 shows a diagram indicating sealing gaps on impellers. 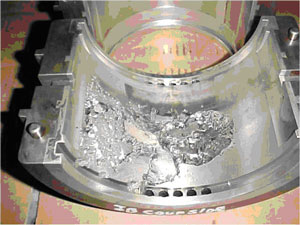 Figure 2. The inboard bearing was found to be nearly destroyed due to excessive vibration. 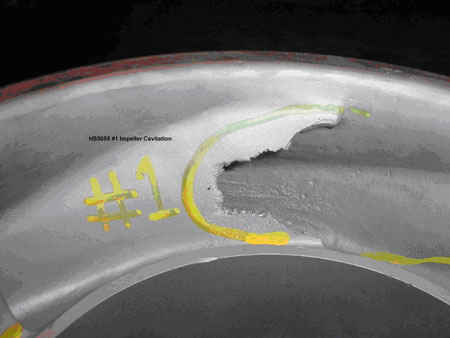 Figure 3. Results of cavitation on the 1st stage impeller. 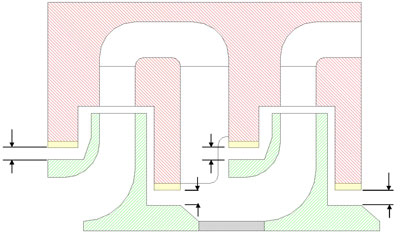 Figure 4. Though the radial alignment was good, excessive clearances which existed needed to be reduced. Large clearances result in low efficiency and high operating costs.

Recommendations Based on Hydraulic Analysis

The plant accepted the design recommendations, and the pump was completely rebuilt to stringent acceptance criteria. Installed in 2005, the redesigned pump continues to be in operation today without any vibration problems. It was a challenging job, but addressing the problem at its root and exploring means to correct the problem was the key to success.