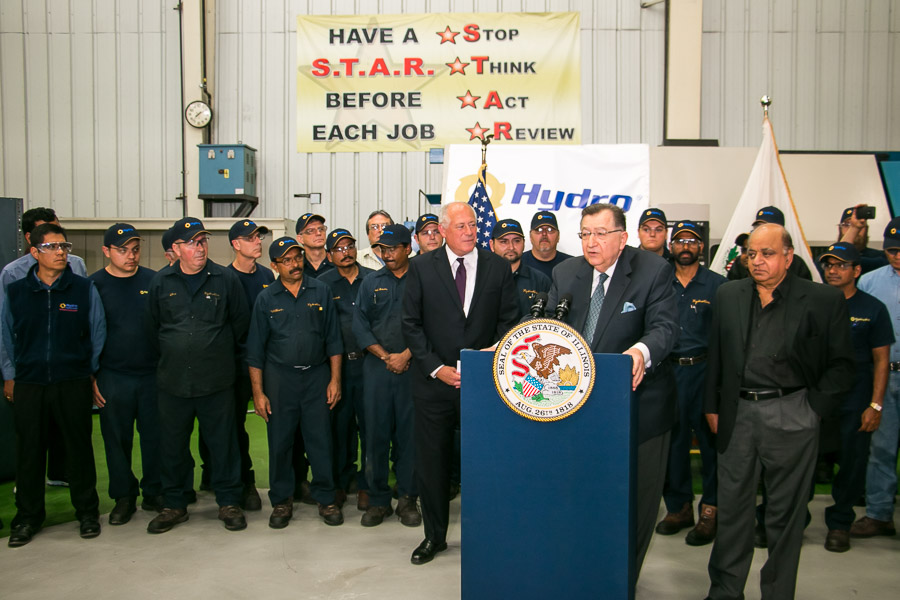 “Hardworking women and men across our state are back on the job and today’s numbers are proof that Illinois’ comeback continues,” Governor Quinn said. “More people are working today than at any time in the past six years and that is thanks in part to companies like Hydro who are staking their future right here in the Land of Lincoln. While we have more work to do, we are getting the job done and Illinois is headed in the right direction.”

The Illinois unemployment rate fell in August for the sixth consecutive month to reach 6.7 percent while employers created 13,800 jobs, according to data released earlier today by the U.S. Bureau of Labor Statistics and the Illinois Department of Employment Security. This is the lowest rate since August 2008 and the drop from 9.2 percent one year ago marks the largest year-over-year decline in 30 years.

The complete article and video footage is available at: http://www3.illinois.gov/PressReleases/ShowPressRelease.cfm?SubjectID=2&…