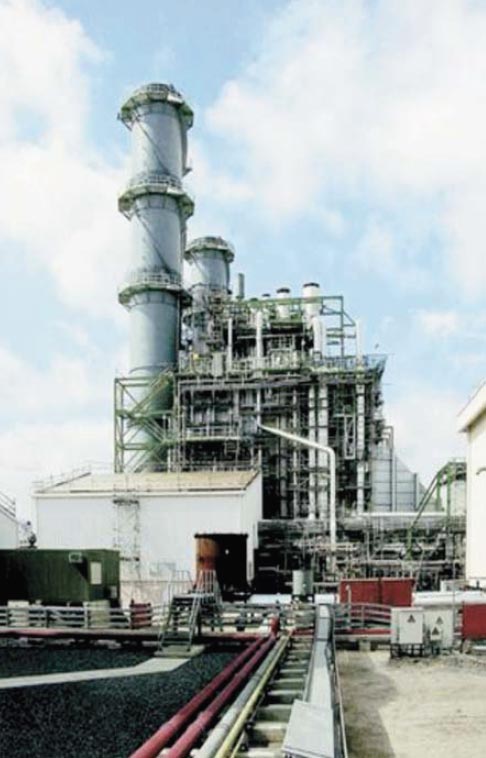 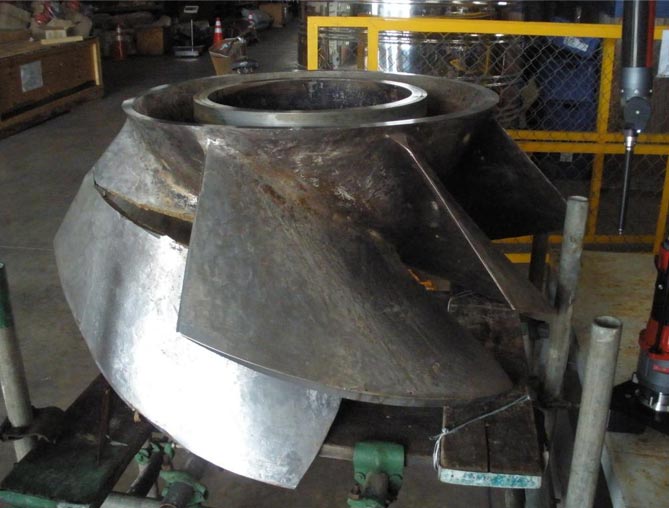 The impeller with a torn blade 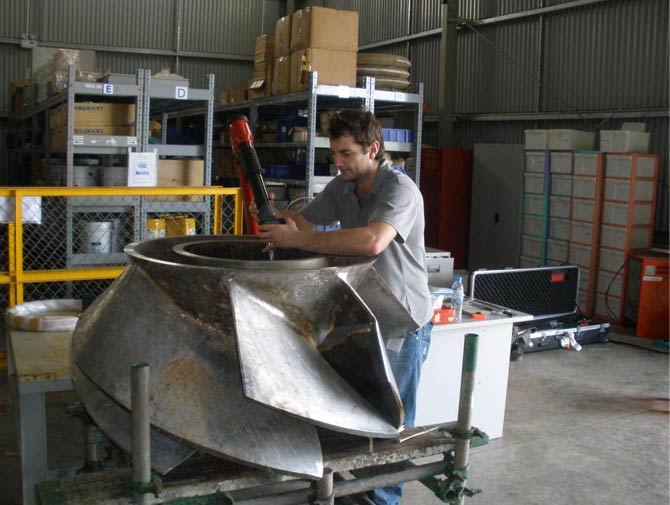 On returning home to Australia with all the information, the engineer proceeded to produce a 3D model in Solidworks. A detailed study was then carried out in conjunction with the foundry to analyze the root cause of the present defect. It was discovered through foundry simulation modeling that the crack in the impeller was due to shrinkage in the blade root due to insufficient feeding. The solution offered was to modify the impeller hub and cone thickness internally to improve the feeding without affecting the original hydraulic profile. The improved design was subjected to a simulation package to confirm the casting soundness.

The casting and machining requirements for this size impeller with open vanes needed careful consideration at every stage; right from modeling, casting, heat treatment to machining. It required close attention during heat treatment (quenching in water at 1150 deg C). 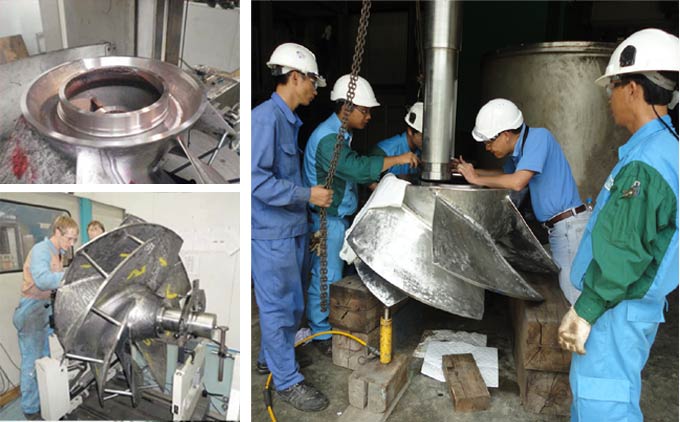 Often when a pump component has failed, the initial instinct is to replace the part as soon as possible and to get the pump running again. This example demonstrates the importance of analysing the root cause of failure and then finding the appropriate engineering solution so as to ensure long term resolution.

Kwa Soo Teck is the Operations Manager at Phu My 3 BOT. He has over 30 years experience in the power and petrochemical industries.

Chandra Verma, the Engineering Manager at Hydro Australia, has 34 years experience in the pump aftermarket. In addition to Hydro
Australia, he also provides support for engineered pump rebuilds at Hydro’s service center in Vietnam. He can be reached at chandra@hydroaustralia.com.au.