A Midwest power utility customer was experiencing increased vibration after a refurbished Condensate pump was reinstalled on-site. They reached out to Hydro Reliability Services to help troubleshoot the vibration issue and determine if it was a problem inherent to the equipment or the result of the refurbishment.

Initial on-site vibration measurements following reinstallation showed vibration amplitudes of 0.47 IPS 0-P at the outboard motor measurement in the horizontal direction (90 degrees from flow). These amplitudes were found to exceed 0.6 IPS 0-P after an extended period of operation.

The vibration being measured was highly directional, which indicated to Hydro Reliability Services (HRS) that this was possibly related to a resonant excitation. It was dominant at 1x running speed.

HRS went on-site to perform field testing of the equipment, including an experimental modal analysis (EMA) at full unit load. The ODS revealed that the motor was operating in a twisting/rocking motion. 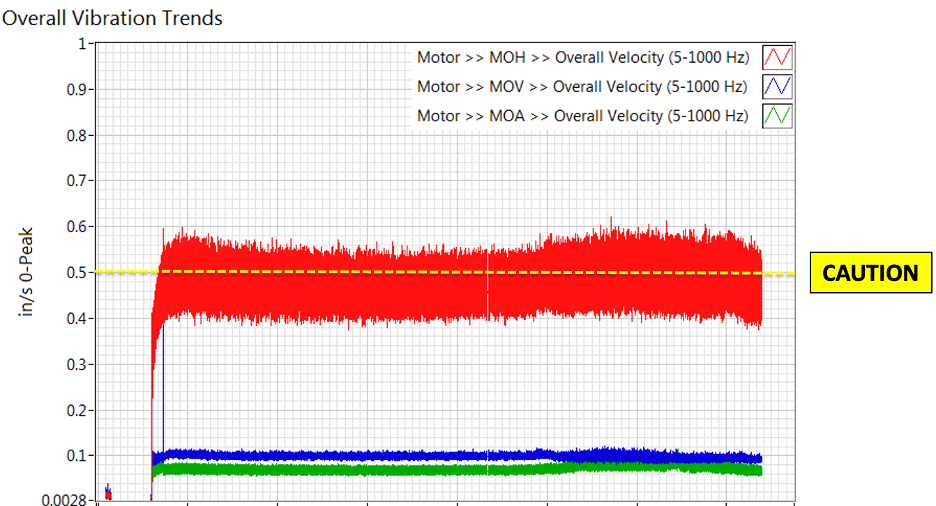 Impact testing was performed to better understand the structural resonances of the unit. This testing showed that the 3C pump had a structural resonance located at 19.1Hz, which has only a 3.1% margin of separation from the running speed. This resonant condition was suspected as being the primary cause of the elevated vibration amplitudes.

Impact testing of the other installed Condensate pumps revealed a slightly higher separation margin, validating field observations that these pumps were not exhibiting vibration similar to the 3C unit. 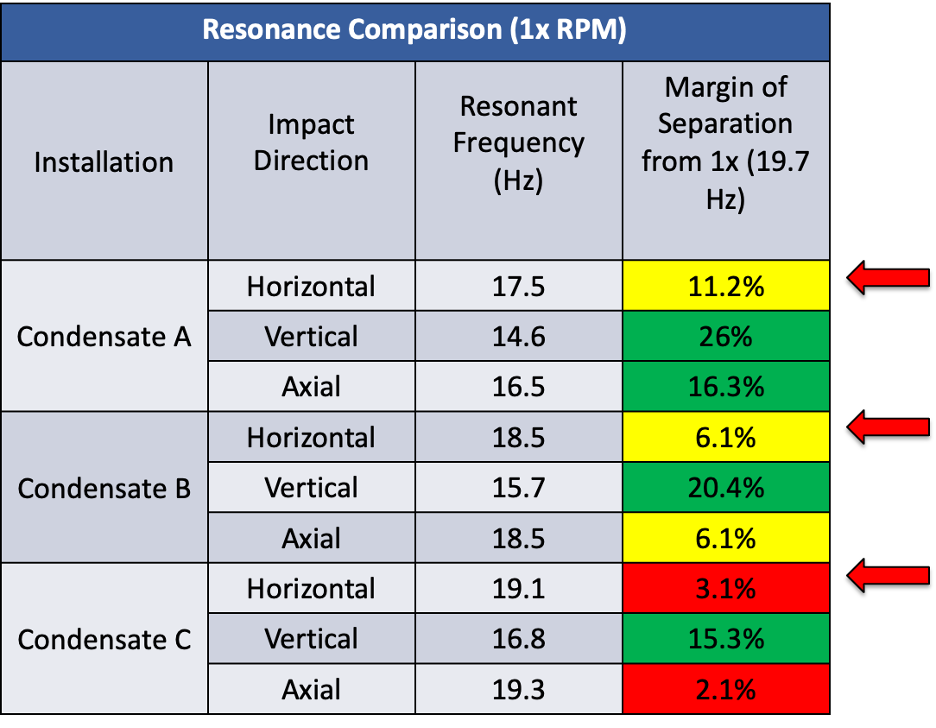 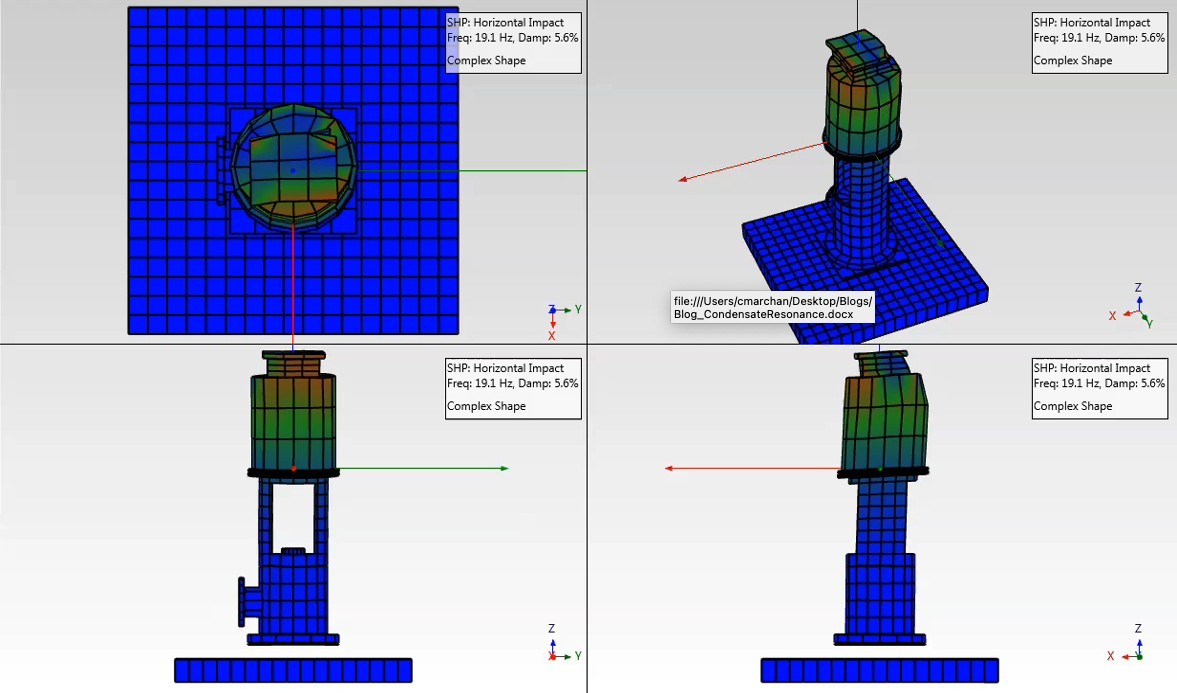 A Finite Element Analysis (FEA) was performed on the 3C Condensate pump to develop an effective and economical solution to mitigate the vibration. A 3D model assembly was created from drawings and models using PTC Creo 5.0 software. Hydro calculated the added mass effects from the water contained within and around the pump; the modal analysis data was also used to assist in model calibration.

The 1st and 2nd motor rocking modes at 16.0 Hz and 19.1 Hz parallel and perpendicular to the discharge, respectively, matched very closely to the natural frequencies collected during the modal analysis. Using the FEA model, HRS determined that adding a 2,500 lb weight to the top of the Unit C Condensate motor would shift the motor natural frequencies down to 14.5 Hz and 16.8 Hz. This would provide a minimum separation margin of -15% from the 1x rpm forcing function, allowing pump 3C to run with lower vibration levels similar to those observed in Pumps 3A and 3B. 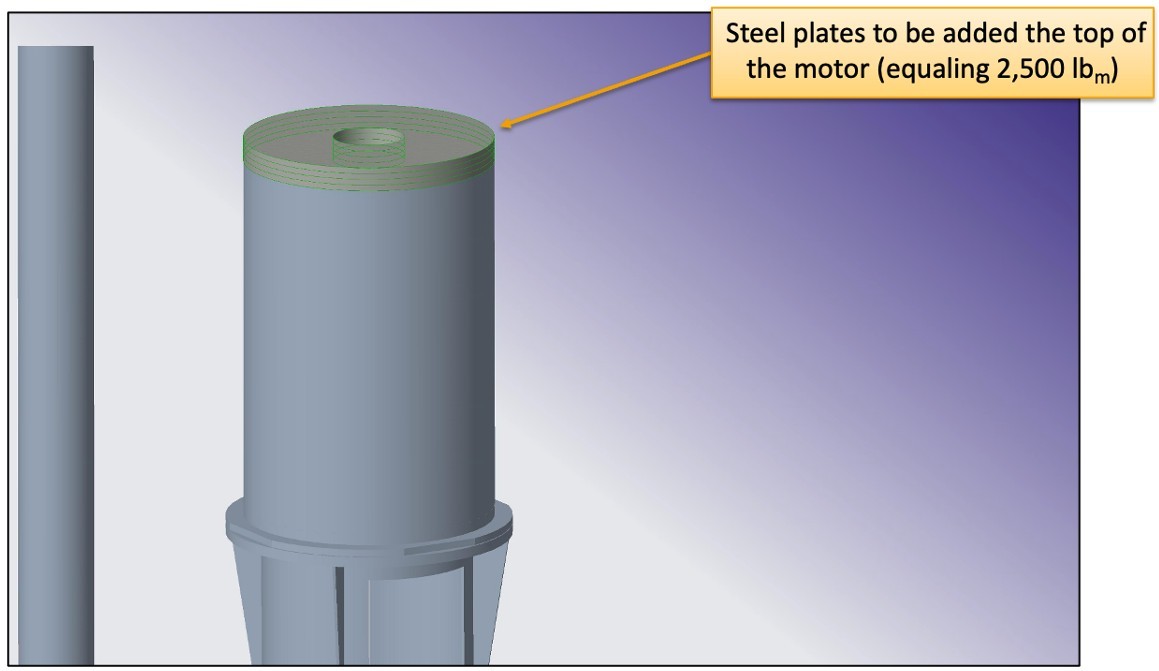 The proposed change was implemented in the field and the plant saw an immediate reduction in vibration from 0.47 IPS 0-P to 0.1 IPS 0-P. Using in-field testing and advanced analytics supported by modeling software allowed the site to not only troubleshoot the problem, but execute a solution that solved it on the first try.