With changes in the energy landscape, many older plants need to adapt to more flexible operation to fluctuating needs of the grid and remain economically viable.  This flexibility often includes operation outside of the original design of the plant and its equipment.

A Midwest coal-fired power plant recently found themselves in this position. The plant had been designed for a minimum commercial load of 350MW, but they were considering reducing the load to 300MW. Plant engineering wanted to understand what risk operation at this low capacity posed to equipment reliability operation and life. The power producer contacted Hydro Reliability Services to develop an on-site test plan for their condensate, boiler feed booster, and boiler feed pumps to better understand how this operation would impact these critical pumps.

The test plan that was developed included collecting data while the pumps were running including suction and discharge pressure, flow, motor amps, vibration, speed, and unit MW. During the first day of testing, data was taken for six hours as the unit load decreased from ~650 to 0MW with approximately 4 hours of run time between 300 and 350MW. A second day of testing recorded data for eight hours with four hours of data taken at the target 300MW load. 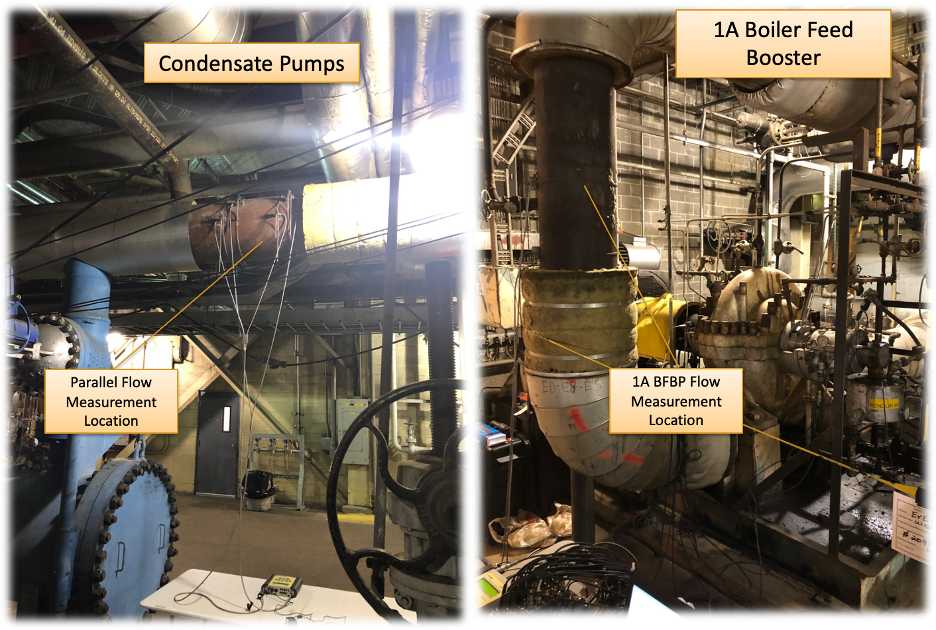 Condensate pump testing revealed that both pumps were ~10% low on head when operating in parallel. A possible structural resonance was also observed in one of the condensate pumps. Based on the performance of the pumps in solo operation, it was recommended that the 1B pump, which was 15% low on head, be removed and refurbished.

Boiler feed booster pump testing identified a structural resonance excited by the 6x vane pass frequency. This excitation was higher at lower loads. Another problem identified was flow asymmetry between the 1A and 1B pumps when operating at loads of 580MW and below.

Testing of the boiler feed pumps revealed elevated amplitudes near 300MW and an axial structural resonance on the drive end of the 1A pump. The 1B pump also had a structural resonance excited by vane pass on the inboard bearing housing. It was recommended that an experimental modal analysis (EMA) be completed on both pumps to determine the best actions to resolve the resonance issues. 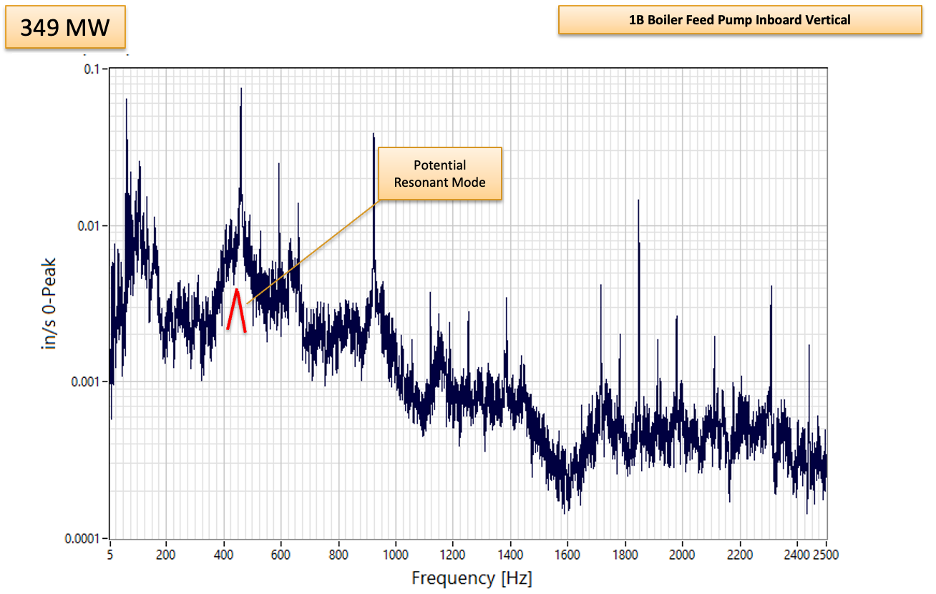 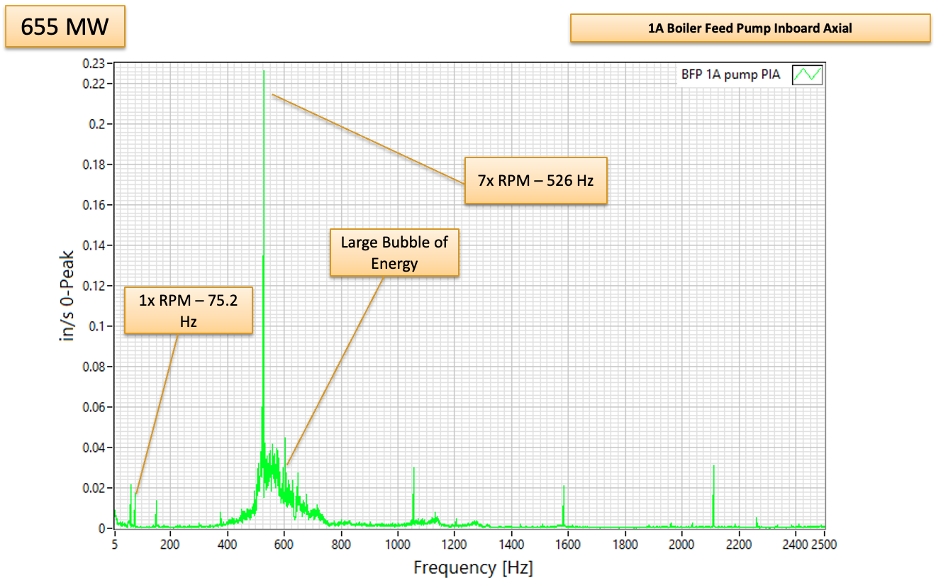