Rebuilding a typical boiler feed pump cartridge and returning the running clearances to specification is a critical process for effective and efficient plant operation. The cost to rebuild a cartridge – supply new mechanical seals, bearings and consumables, the lost production, down time and the labour costs – is a significant investment. 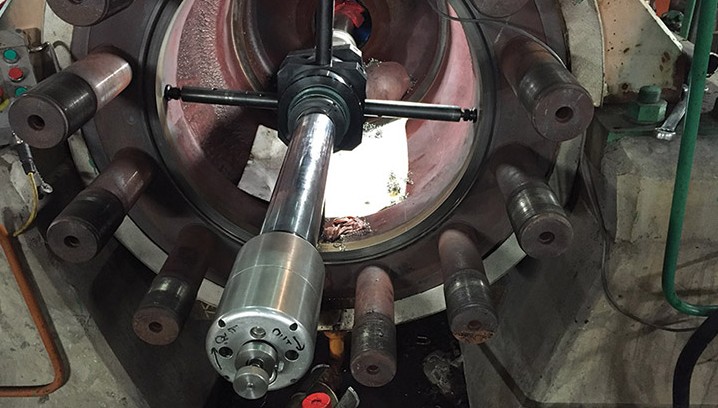 After rebuilding a cartridge and returning all operating clearances to specification, the good work can be greatly affected by installing the cartridge into a distorted barrel and/or discharge head combination.

END_OF_DOCUMENT_TOKEN_TO_BE_REPLACED

Station History
Eraring Power Station, located in the coal belt area at Lake Macquarie on the central coast of New South Wales, began generating in 1982, with all four units commissioned between 1982 and 1984. Formerly state owned under the banner of Eraring Energy until mid 2013, the station is now owned by Origin Energy, one of Australia’s largest electricity generators and retailers.

The power station underwent a significant upgrade during 2010 to 2012, increasing the output of all four generating units from 660MW to 720MW each. Eraring is the largest generating unit in the Origin group and has established itself as Australia’s largest power station since the upgrade.

Condensate Extraction Pumps
The pumps are the standard arrangement of condensate extraction pump used in the power generation industry: underfloor, vertically mounted, canned design, 4 stages with a double suction impeller and inline suction and discharge ports. Each of the four generating units has two 100% duty pumps, driven by a 1850kW 4 pole, electric motor.

Problems
For more than a few years, the life of the thrust bearing has been subjected to scrutiny after causing numerous premature failures and constant concern for the Station Operators, Maintenance Engineers and Management. The thrust bearing design was typical for the period that the pumps were manufactured, tapered back to back roller design incorporating both thrust and radial loads and the drive coupling configuration as part of the bearing cartridge.

Station Engineers had been researching the upgrade design options for a period of time, calling on the original equipment manufacturer, aftermarket service centres and bearing manufacturers for input and options to overcome this troublesome plant and work towards the best possible solution.

Contract Overview
In 2012, Eraring Energy released a tender for the upgrade project to several service providers. The project included a sizeable work scope including design and supply of a new white metal bearing cartridge with an appropriate pedestal and several other new components.

The contract specifications require maintaining the same pump drive couplings, electric motor, mechanical seal cartridge and as many of the original pump components, meaning there was substantial engineering work required by the Hydro Australia Engineers.

Contract Award
A contract of this size was sought after by several original equipment manufacturers and Hydro Australia Pty. Ltd. located in the Gippsland region at Morwell Victoria was awarded the contract late in 2012. The contract runs for a period of 4 years with the first pump installation completed in April 2013 and the final pump due for installation in 2016.

Additional Requirements & Spare Pump
With the knowledge and experience of Hydro Australia with the supply of engineered spare parts, a major undertaking was to supply and a complete new discharge head, a first for Hydro Australia. The 2.5 m high and 1.7 m wide discharge head is the most significant component of the pump as it ties everything together. Other new components were manufactured by Hydro Australia including impellers, stage cases, wear rings, couplings and shafts. The new components complete with the stations spare parts, enabled a complete spare pump to be manufactured. This spare pump gives flexibility and relieves time critical exchanges and on the run maintenance. END_OF_DOCUMENT_TOKEN_TO_BE_REPLACED