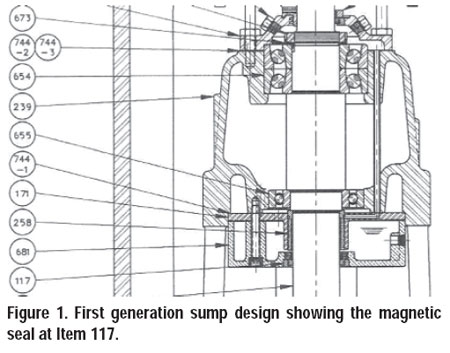 END_OF_DOCUMENT_TOKEN_TO_BE_REPLACED

With large-scale consolidations of OEMs in the pump industry and the closure of foundries in North America, advanced non-OEM pump rebuild shops have emerged that offer creative solutions, competitive pricing and quick turnaround time to pump users. A qualified independent rebuild shop employing highly experienced personnel and a range of advanced technologies can offer cost effective and creative solutions to long lead times on new pumps, which often range from 6 to 12 months.

The following example demonstrates how a petrochemical pump user utilized the capabilities of a competent pump repair shop to achieve a cost-effective solution for their plant expansion.

A petrochemical plant in the Gulf Coast region was expanding production. Because of the time frame involved in completing the project, they elected to source a surplus pump from the used pump market and modify it to suit their needs rather than purchasing a new pump. Delivery of a new pump would have taken 6 to 8 months and they wanted to be online in just 44 days! This plant needed a solution to this challenging engineering problem and intensely demanding production schedule.

The plant chose to work with a pump repair shop that employs CAD/CAM, CMM and Romer Arms in addition to Computational Fluid Dynamics software and material analyzers. With the added resources of skilled engineers and experienced technicians, many with engineering or operations backgrounds from major pump manufacturers, this plant chose a repair shop with exceptional hydraulic design and reverse engineering capabilities to address their emergency situation.

With guidance from the repair shop, the plant purchased an 8-stage pump that could be modified to meet their specific needs. After a thorough engineering review and inspection of the existing pump, the pump repair shop not only proposed a solution to the emergency situation, but also offered upgrades to improve both pump performance and reliability of the pump for this chemical application.

An assessment of hydraulic performance is high on the list whenever upgrades are contemplated. For this particular pump, the performance curves (see Figure 1) had to be examined first. Then, a dimensional drawing of the barrel (casing) had to be prepared by the repair shop. These two steps enabled the parties to determine desired and feasible modifications and upgrade options.

END_OF_DOCUMENT_TOKEN_TO_BE_REPLACED

How competent is competent? More importantly, how much might it actually cost your operations if you were to entrust your pumps to the wrong shop?

This article is the last installment in a four-part series based on a presentation delivered at the 2007 NPRA Reliability & Maintenance Conference in Houston, TX. As in the previous installments, (which ran in the July and September 2007 and February 2008), the authors discuss how to distinguish competent pump repair operations.

In this fourth and concluding part in our series on non-OEM pump repair facilities, we discuss two actual case studies. As you read on, please recall that we coined the acronym “CPRS” to convey the term Competent Pump Repair Shop.

The pumps were to be repaired using new 316 stainless steel casings and heads furnished to a CPRS by the refinery client. The client had bought these parts from the “current” OEM—a successor company to the initial OEM. While one pump was being repaired, the other pump remained in service, operating without a spare. However, the new casings and heads required considerable rework before they could be used. This rework included:

3. Weld-repairing a sand inclusion on a stuffing box face;

4. Re-facing the stuffing box faces to remove steps caused by the milling operation;

5. Re-machining two stuffing box bores that had been damaged so that the seal gland pilot would not engage. END_OF_DOCUMENT_TOKEN_TO_BE_REPLACED

In general, Hydro enjoyed a strong year, and we are projecting continued growth in 2008. We believe that our mission to provide equipment quality and reliability is resonating with our clients and potential clients more so today than ever before.

A critical issue facing end users is the tremendous worldwide demand for new pumps. This exceptional demand has shifted the industry focus to a new unit supply with the result that aftermarket support may have declined in some areas. On the other hand, this creates an opportunity for our company since our focus is the aftermarket.

Key issues for the pump industry are the continued shortage of skilled labor as well as long lead times for cast parts. These are likely to remain concerns for the foreseeable future and will need to be addressed in innovative ways by each company.

As the industries served continue to consolidate, management is increasingly giving more attention to “best in class” equipment performance as a way to realize reliability and profit improvements. 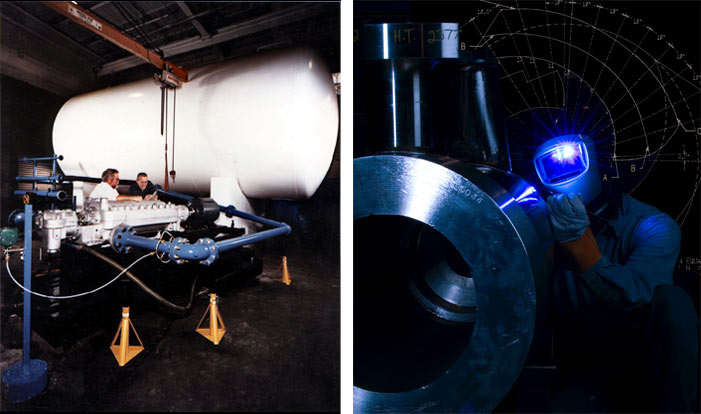 END_OF_DOCUMENT_TOKEN_TO_BE_REPLACED

Use this assessment tool to evaluate any pump repair shop with which your operations are currently working, or any that you are considering for future work.

This article is the third in a series based on a presentation delivered at the 2007 NPRA Reliability & Maintenance Conference in Houston, TX. Here, as with the previous installments (which ran in the July 2007 and September 2007 issues of Maintenance Technology), the authors discuss how to distinguish competent pump repair operations.

Part II of this series, published in September 2007, concluded by promising specific assessment criteria for those considering entrusting their pumps to a non-OEM pump rebuilder. Referring to competent pump rebuild shops, we coined the term “CPRS.”

The following information can be used as an assessment tool for any shop that you, as a pump user/owner, are considering for future work—as well as for those with whom you might presently be doing business.

Mergers and consolidations over the past decade or so have had a significant impact on both pump users and pump manufacturers. Given the consolidations in the pump industry and changing landscapes in terms of qualified workers/associates to effect a competent repair, it is strongly suggested that a pump user/owner use this tool and survey all the shops it is working with and/or considering working with, at least once a year. A lot of things can change—people come and go, improvements can be made or lost and financial performance pressures persist. These factors all have a direct impact on the capability of your outside repair shop.

Although this assessment tool is by no means complete, it can be the basis for assessing one’s in-house pump repair shops and those of your OEM, as well as any non-OEM facilities. Routine assessments of repair shops can avoid unwanted surprises and the ensuing aftermath of a poor repair on a critical piece of equipment.