A nuclear utility had been observing axial shuttling on their three single stage, double suction Condensate Booster pumps. To better understand the circumstances driving this phenomenon, they asked Hydro Reliability Services to provide in-depth field testing of the equipment at different operating loads.

Evaluation of the vibration performance took place over the course of six days, in which data was recorded from the startup of the plant through to full unit load. To properly identify and understand the axial shuttling described by site personnel, the broad range of data was studied and fifteen individual data points more closely examined. 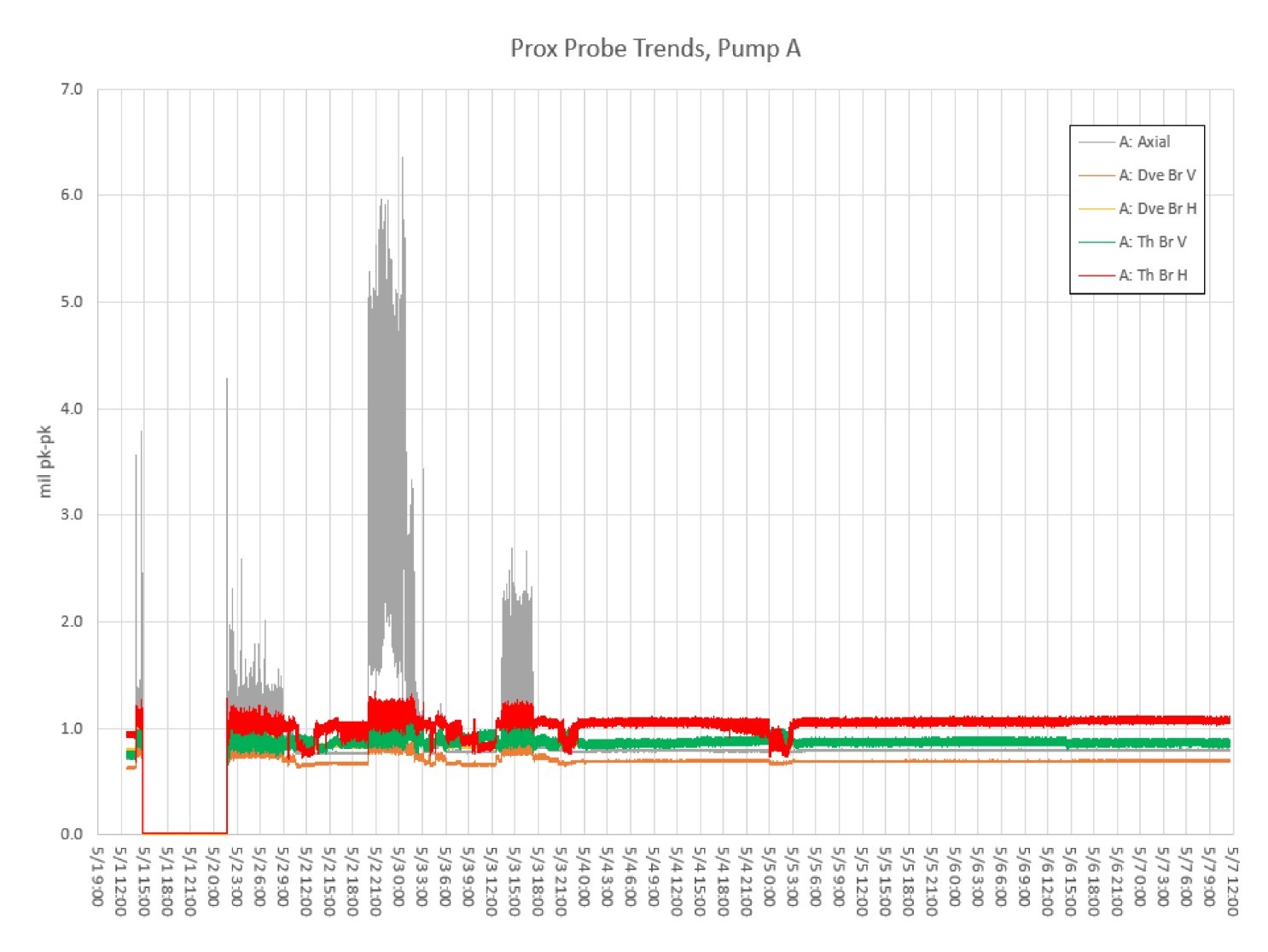 It was determined that the axial shutting could not be detected in the bearing housing vibration, only the rotor vibration, and does not appear to negatively impact hydraulic performance. However, it is very likely that prolonged operation with axial shuttling will reduce the life of the pumps, motors, and mechanical seals.

Understanding which pumps are more susceptible to axial shuttling and under what operating conditions helps the plant to assess the combination of pumps working in parallel for different operating modes. Knowing that Pump A is more prone to axial shuttling and will exhibit thrust reversals at a higher flow rate gives an important insight into how to operate the system more reliably.