An Interesting Challenge and Cause for Collaboration

A major nuclear power company approached an independent Pump Performance Test Lab in Chicago to discuss a series of tests for their Pacific 4” BFIDS in safety-related service. These auxiliary feed water (AFW) pumps were utilized in two pressurized water reactor plants to supply backup cooling water to the steam generators in the event the main feed water source was interrupted. The plants had been designed to utilize an air void between two motor operated valves to keep separate two different suction sources to the pump. The Nuclear Regulatory Commission (NRC) guidelines dictated that no more than a 2% air void could be passed through the pump to reliably assure its safety-related function. The nuclear power plant engineers believed the pump could ingest a greater margin of air without damage or impairment to pump performance. The NRC gave the nuclear power company an opportunity to demonstrate the capability of this pump by allowing them to conduct and monitor a series of transient air-void tests at the independent Pump Performance Test Lab. 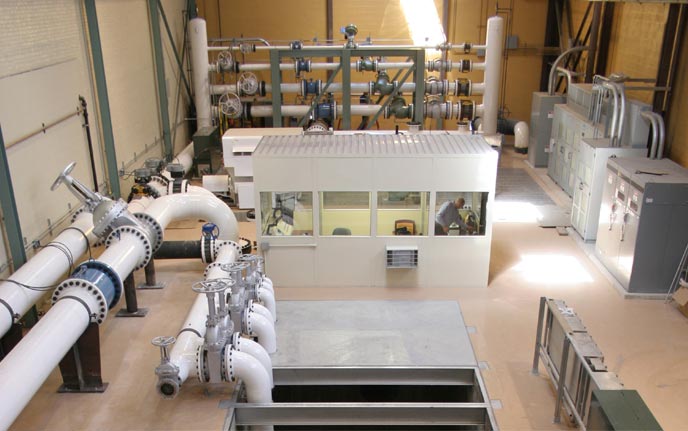 The nuclear power plant engineers worked closely with the engineers at the Test Lab and a third party engineering consultant to develop the scoping document which defined the tests needed to demonstrate the pump’s capability under a range of scenarios. To design these tests, the team first reviewed the system configuration at the plants.

For added safety, each unit at each plant had one motor driven and one diesel engine driven AFW pump. Each AFW pump had been installed and aligned through valves and piping to take suction from either the non-safety related condensate storage tank (CST) or the nuclear safety related essential service water system (SX). The SX system is the nuclear safety related system that is connected to the plants ultimate heat sink (UHS), which is raw river water. As can be imagined, there is considerable difference in the purity of the water between the CST water and the SX water. Therefore, both plants intentionally built in the air void as a provision for separating these two systems to reduce the chance of SX water contaminating the clean condensate side of the system.

After thorough review, the team issued specifications for ten different sets of test cases which encompassed several operating conditions and well over 35 test scenarios. The tests would cover injection of different void volumes into the pump operating with several variables, some of which included different flow rates, suction pressures, and pump statuses (i.e. operating pump, idle pump with a pump start while suction is being transferred, etc.).

Once the scope had been clearly defined and agreed upon, the Test Lab engineers set out to configure the Test Lab in a way that would duplicate almost identically the plant’s AFW suction piping set-up. Within 10 days, the Test Lab was configured with a booster pump installed with a variable frequency drive to simulate the SX system as closely as possible so that the safety-related AFW pump could be operated within the same environment as it would function in the plant. The SX water source came from the Test Lab’s 38,000 gallon suppression tank which was fed through the booster pump. The CST, which was simulated by the Test Lab’s suppression tank, was not sent through the booster pump. 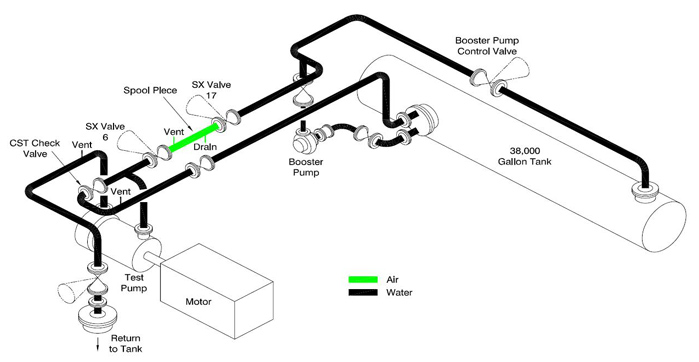 Schematic of test lab configuration for the air void tests. 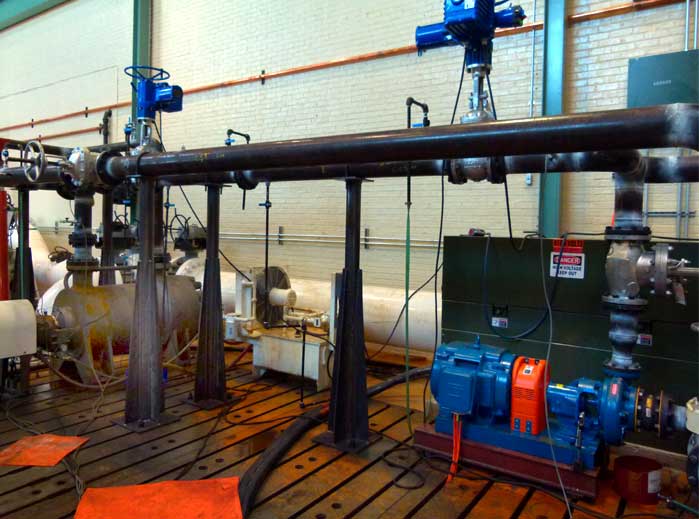 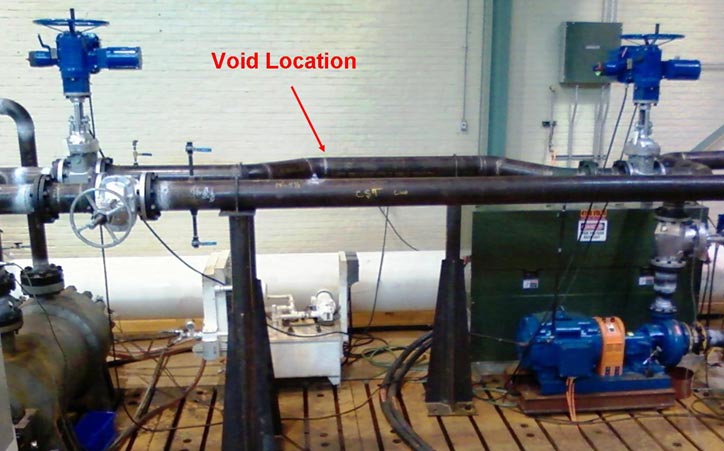 Both of the nuclear power plants knew that mussel shells would pass through the pumps due to the SX river water source, and the plants had been facing issues with pump downstream valves getting clogged with shell fragments. At the Test Lab, two different types of shells from each plant’s river water sources were purposefully run through the pump during testing. This was done to examine how the pump and valves might perform in an actual real-life plant situation. The pump, a hearty 10-stage beast, chewed up the mussels without any problems. The Test Lab engineers used a 3/32” strainer to capture the sizable shell fragments. What is seen below is the small portion of shells captured by the strainer. The remaining shell bits were ground-up by the pump smaller than 3/32”.

Monitoring by the NRC

The independent Test Facility had set up a live video feed to show the pumps on the test stand as well as the real-time data streaming from their data collection software. The NRC and other members of the nuclear power company’s team monitored the series of tests from a more comfortable room where visitor safety could be ensured. 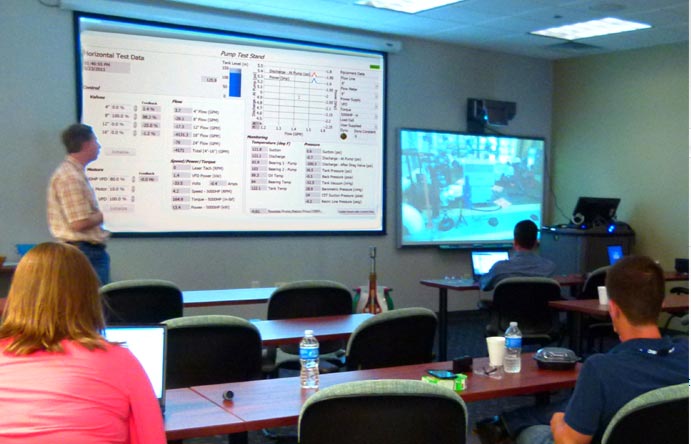 Based on the results of the tests, the third party engineering consulting firm made the following conclusions:

Therefore, the pump design is robust.

This testing capability and nature of the Hydro to collaborate with pump users was a great asset to the nuclear company as they were able to demonstrate their pump’s capability under bounding air-void conditions. Though the schedule was extremely aggressive, Hydro’s Test Lab engineers were able to perform nearly 40 void tests within a 10-day period. The Test Lab engineers met all the objectives and are interested to see if and how these test results will affect future NRC regulations.