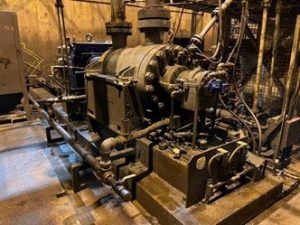 As part of Hydro’s support of a Midwest steel mill’s descaling pumps, the Centaur condition monitoring service has been installed on five of their pumps machine trains. Using wireless sensors, Hydro has been continuously collecting real-time vibration and surface temperature levels on the pump, gearbox, and motor. The goal of this monitoring service is to work directly with the end-user to improve rotating equipment maintenance strategies through better, more frequent data collection and Hydro’s subject matter expertise in rotating equipment. 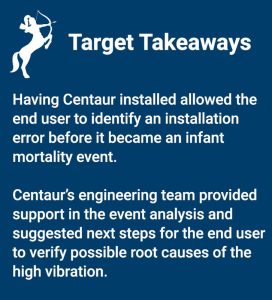 The value of having continuous monitoring was proven during a vibration even that occurred shortly after the installation of a newly refurbished rotor on one of the pumps. After noticing a concerning upward trend in vibration, Centaur’s engineering team suspected that the pump was suffering from structural looseness in the outboard bearing housing.  Learn more about how the discovery and remediation of this vibration transpired in the timeline below.

END_OF_DOCUMENT_TOKEN_TO_BE_REPLACED

What happens when an alarm is signaled from our Condition Monitoring System? Is the software customizable to customers’ needs? Glad you asked. 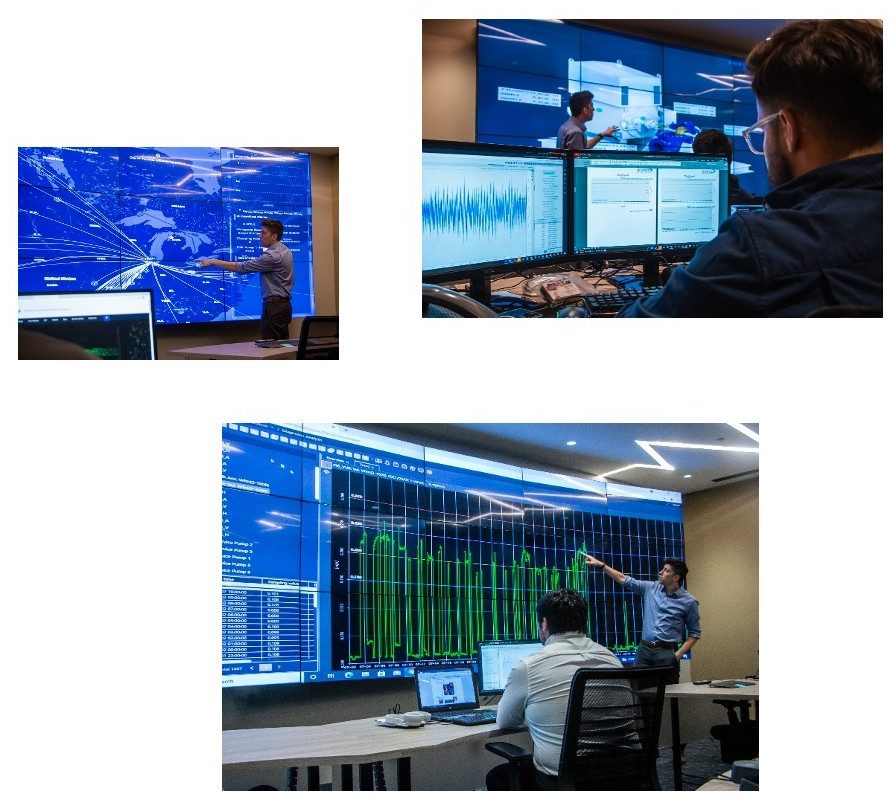 It all starts in the home of our Centaur engineers – the Monitoring and Diagnostic Center, where dedicated personnel are checking the status of monitored equipment 24/7. These vibration and pump subject matter experts keep an eye on concerning trends and use the digital twin interface to identify areas of concern.

At the same time that our engineers are alerted to the alarm condition and begin investigating, the Centaur system automatically begins taking more frequent vibration sampling to increase the amount of data available for analysis and capture as much information on the event as possible.

The alarm that is triggered is based on limits set by the end-user and the Centaur team at the beginning of the installation. Centaur software allows users to have configurable alarm notification settings based on their preferred diagnostics and notification methods. Such diagnostics include vibration amplitudes, temperature, and gateway connectivity status. These automated alarms can be sent using SMS and email messaging. 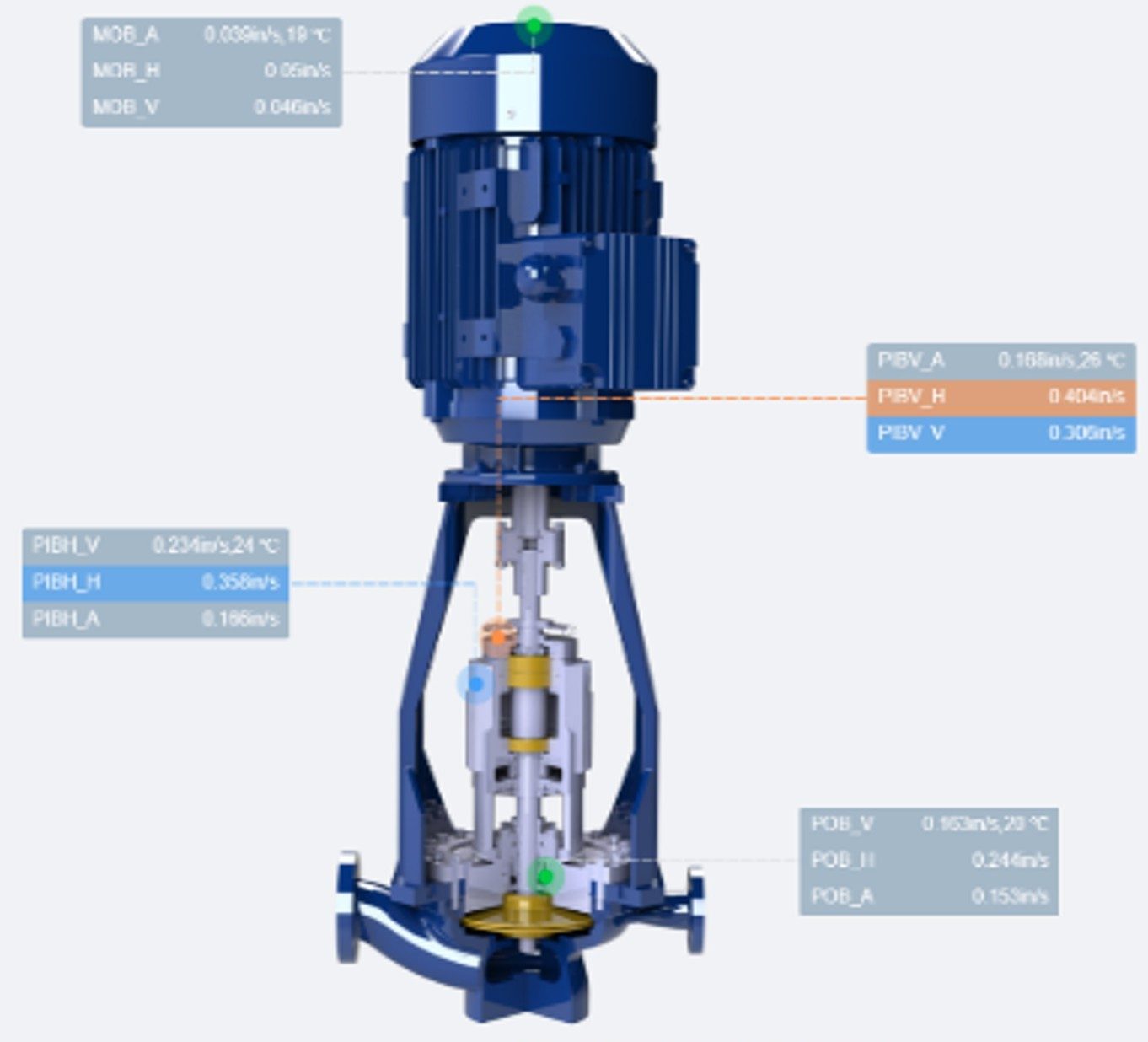 Some individuals may prefer to configure the system to only notify them after a high-level alarm event has occurred. The Centaur software provides the flexibility to be notified after Alarm 1, Alarm 2, Alarm 3, or Alarm 4 events. Although the client may wish to only be notified of higher alarm level incidents, Hydro’s Condition Monitoring team is made aware of all alarm levels incidents and investigates the source. If further action is deemed necessary, the team may reach out to plant personnel and notify them of a possible fault so the appropriate measures can be taken. They may also suggest actions that can be completed on-site to validate probable causes of the alarm.

Here’s an example of the process at work. In this case, a machine train’s vibration amplitudes trigger an alarm:

Hydro Parts Solutions recently provided a cast nozzle head to a Canadian oil and gas end-user. As is standard with Hydro’s cast parts, this complex component was:

The nozzle was modeled, cast, machined, and verified for a delivery time that beat the original customer request. 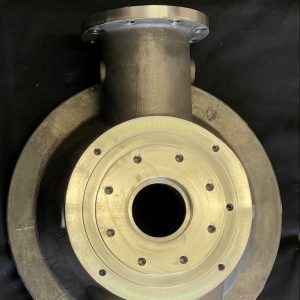 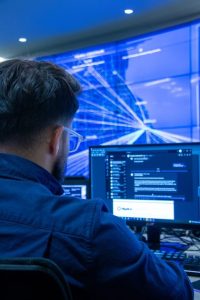 Hydro’s Condition Monitoring system, Centaur, has aided many end-users in catching real-time faults in rotating machinery. In many instances, end users see the value of the system through a no-cost, on-site trial. This includes the hardware, installation support, commissioning, and monitoring starting from the date that the sensors are commissioned on-site. The purpose of the free trial is to allow a “proof-of-concept” evaluation period before a further commitment is made.

After an initial period of data acquisition, typically a few weeks to one month, Centaur’s Condition Monitoring Engineers hold a virtual meeting to walk the end-users through the data collected and the extensive software capabilities. A monthly report is provided with an overall equipment health assessment and alarm event analysis. The analysis often includes trend data, waveform analysis, spectrum analysis, and cross-phase analysis between multiple sensors on a given machine train. The report also includes predictive failure analysis and proactive steps to mitigate component failure in the future. END_OF_DOCUMENT_TOKEN_TO_BE_REPLACED 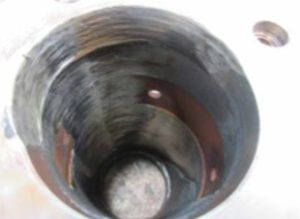 Heavy Wear of the Bushing Bore

A newly commissioned US fertilizer plant was experiencing recurring vibration problems with their vertical UAN Solution pump. The VSF vertically suspended pump was removed from service and sent to Hydro for a full inspection and investigation of the vibration source. When the pump was disassembled, it was evident that there were significant problems at the motor bearing and guide bushing locations. These design flaws that were affecting reliable operation of the pump.

Inspection of the motor thrust bearing revealed that the ball bearing cage had become unseated and was damaged. During Hydro’s analysis, it was determined that the motor thrust bearing was unsuitable for the service. The OEM chose a single row, angular contact bearing that could only handle thrust in one direction. During start-up, when the pump experienced an upthrust, the bearing became unseated. The unseated bearing was unable to function properly, even when the pump reached its normal operating thrust. This unrestrained upward motion of the shaft also caused damage to the mechanical seal faces. 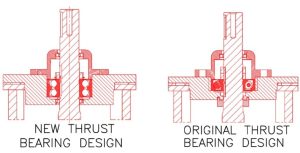 Another problem detected during the DCI was elliptical wear of the bearing bores. In this pump, the lineshaft couplings were located under the guide bushings, which is very atypical. Lineshaft couplings are areas where the greatest runout often occurs, resulting in a greater probability of contact and wear in this area. This problematic design was coupled with excessive tolerances on the columns, spiders, sole plate, and motor flange that affected centerline compatibility of the components. 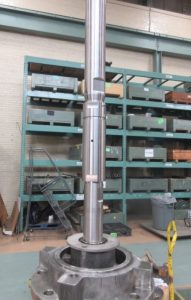 The pump was upgraded to a new design that included a relocation of the lineshaft couplings, a new thrust bearing that could handle load in both directions, and an improvement of all component tolerances to minimize the possibility of component misalignment. Almost 70% of the pump was redesigned; this work was completed on an emergency schedule of only 2-3 weeks. Since reinstallation, the pump has operated successfully with reduced vibration.